Hermann Nitsch. Before and Beyond 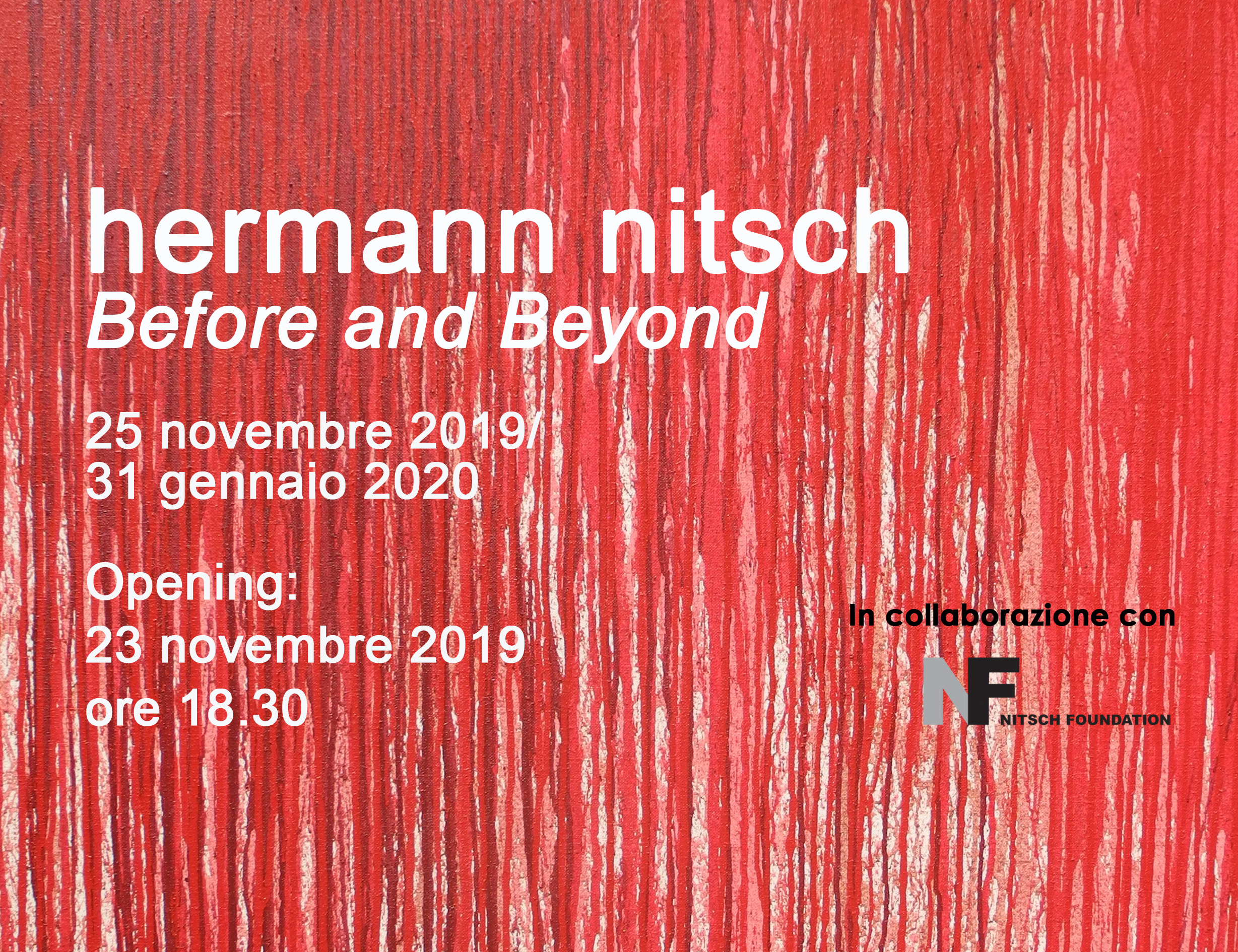 On view at Boxart Gallery in Verona, from Monday November 25th (opening Saturday 23th at 6.30 pm), about thirty artworks by Hermann Nitsch (Vienna, 1938), including new fifteen art pieces, in addition to the remaining nucleus of artworks returned recently from Palazzo Ducale of Mantua, after the exhibition Katharsis, curated by Peter Assmann and Beatrice Benedetti.

From this mixture of historical and recent art pieces comes the exhibit title: Before and Beyond (Prima e Oltre) in relation to the value of Nitsch’s work throughout the art history and to his future heritage.

From the collaboration between Atelier Hermann Nitsch, Nitsch Foundation of Vienna and the art gallery Boxart of Verona – which represents the artist in Italy for over a decade-, comes an extraordinary opportunity for our country’s public: the chance to look at a nucleus of artworks representative of the o.m. theater (Orgien Mysterien Theater) of Hermann Nitsch, getting comprehensive overview of the dramaturgical and artistic experimentation of the great Viennese Actionist.

The exhibition is built around two components: a first part composed by explosive poured paintings realized by Nitsch during summer 2019, and a second part composed of artworks recently exhibited at Palazzo Ducale of Mantua.

The first core of artworks exposes in the gallery some “poured” paintings on canvas and arranged in the sequence in which they were executed, creating a continuum of artworks of different sizes, that range from the 80 x 100 cm, up to two meters by three.

In the second body of work can be found a more heterogeneous overview on Nitsch’s work, in which emerges how the different elements – painting, drawing, but also music and literature – are always subject to the dramatic and performative element of the great Actionist’s poetic.

The artworks, that arrive at the gallery in Verona, are the ones chosen by Nitsch for his dialogue with the masters of Palazzo Ducale, among them Giulio Romano, Andrea Mantegna and Pisanello. The Mantuan exhibition, entitled Katharsis, (curated by Peter Assmann, retiring Director of Palazzo Ducale, together with Beatrice Benedetti, Artistic Director of Boxart Gallery) was based on the direct experience of Nitsch’s dramatic event that generates purification (from Greek katharsis).

On view, also a crucifixion (Christus der Widdergott) on relic from 1983, in addition to the already mentioned artworks on canvas, similar to the ones realized for the exhibition Hermann Nitsch. Spaces of Color, which ended during August 2019 at Albertina Museum in Vienna, further proof - if proof were needed- of the international relevance of the Austrian artist.

«So, to sum up, Nitsch’s work is quite simply what is declared by those three letters – in other words, a new form of theatre that represents life without the use of the word. It could be added that, by abandoning the medium of language, this im-mediate form of dramatic art involves the audience by simultaneously stimulating all their five senses. It condenses human energy and returns it in its every aspect, from the most carnal, atavistic and Dionysian through to the most spiritual, mysterious, Apollonian and, one might say, infinite form».

The origin of Nitsch's expressive form (Vienna, 1938), playwright, composer, philosopher and visual artist, is complex, but is primarily due to an act of rebellion against the devastating silence that characterised the aftermath of World War II in Austria; almost an exhortation to Nitsch towards his gushing, cathartic explosion of creative vis, in an epic and ostensibly brutal form. To grasp the meaning and intensity of life - Nitsch theorised - one must be aware of the emotional extremes that mark its boundaries: from ecstatic exaltation to feral suffering.

The works of Hermann Nitsch are included in numerous collections in addition to the MART in Rovereto, the Metropolitan Museum of Art, MoMA, the New York Guggenheim, the Denver Museum of Contemporary Art and the Tate Modern in London.

In 2007, the Austrian government dedicated the Hermann Nitsch Museum to the artist in Mistelbach, near his residence in Prinzendorf. In 2008 the Museo Hermann Nitsch - Archivio Laboratorio per le Arti Contemporanee, opened in Naples. 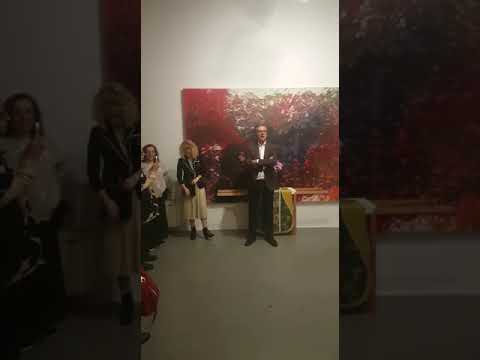 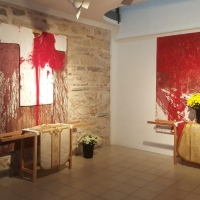 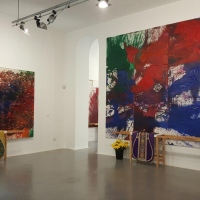 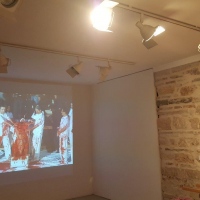 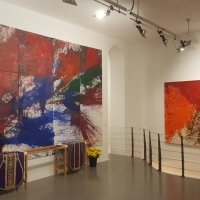 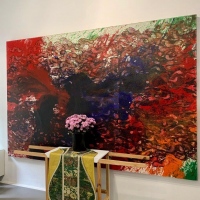 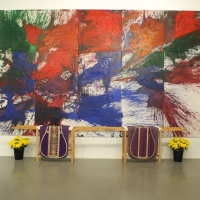 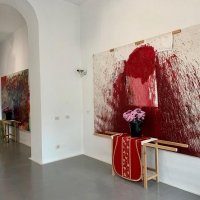 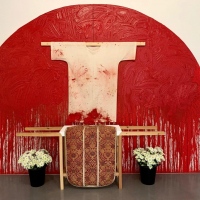 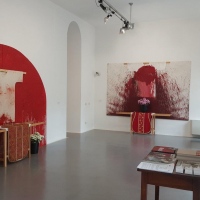 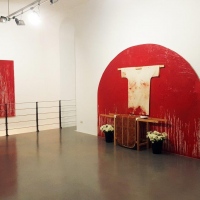 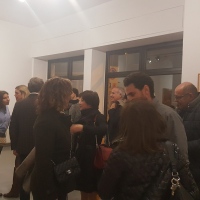 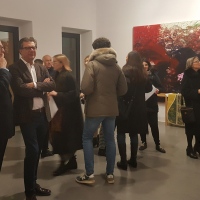 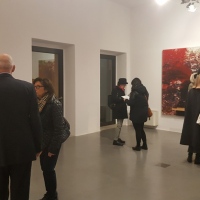 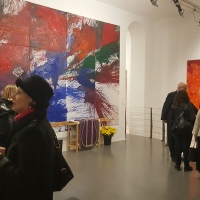 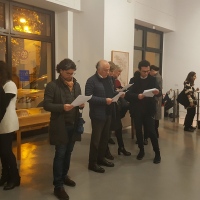 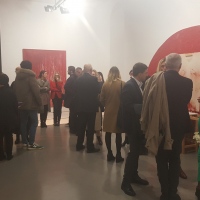 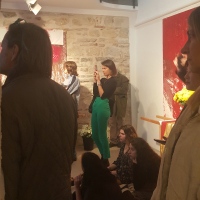 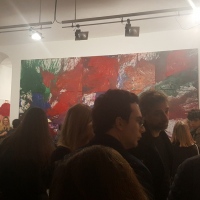 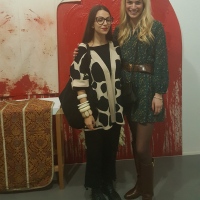 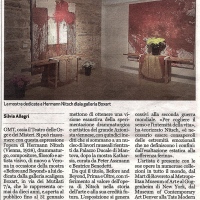 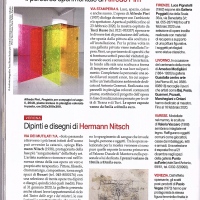