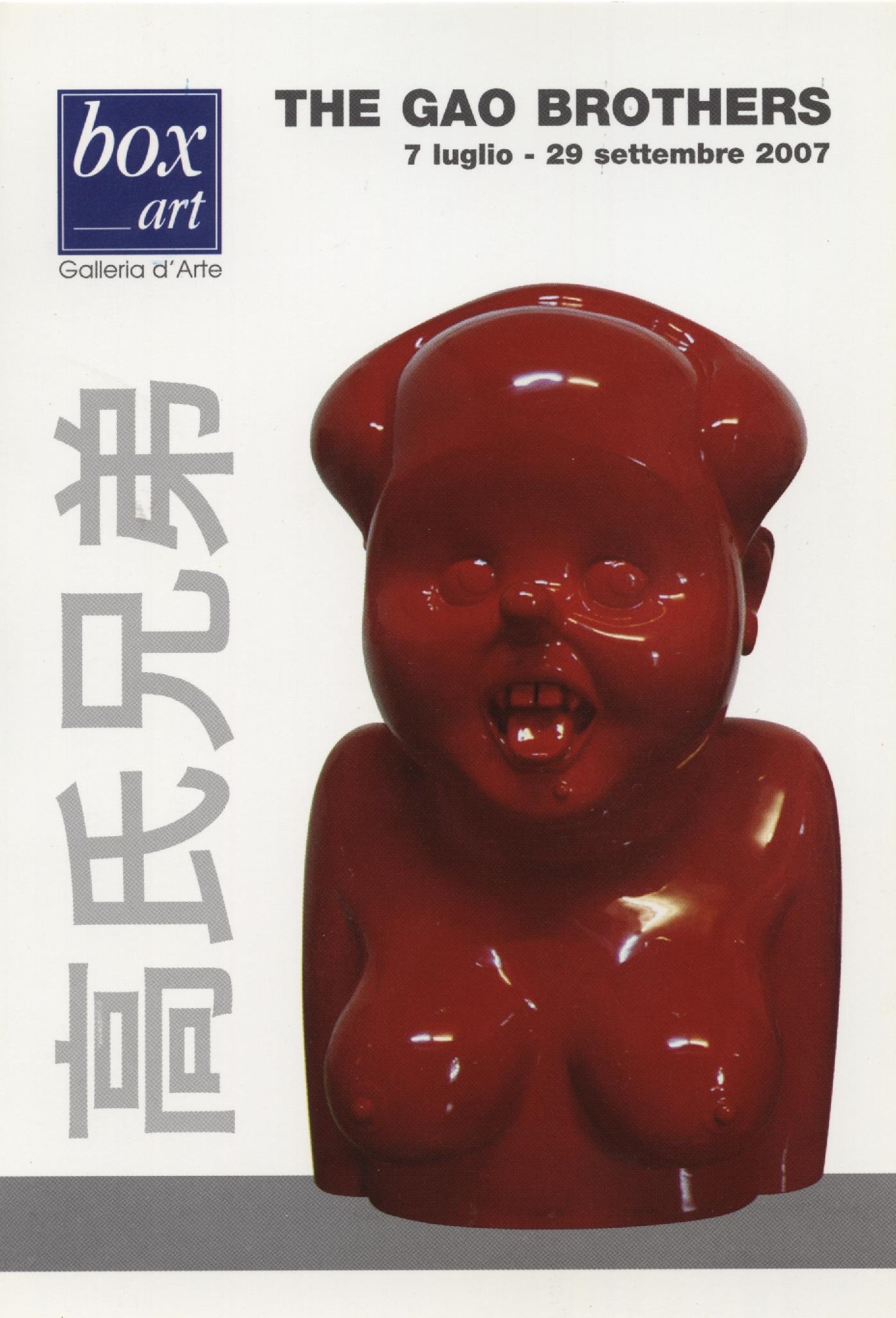 Even before the events of Tiananmen Square took place, the entry of China into the contemporary world was marked by an authentic revolution in the way the human body was represented. Like all dictatorships, Maoism too used the partial nudity (of men and women) to highlight athletic tonicity and muscular harmony in an oriental reinterpretation of the Hellenistic kalos kai agatos. In the 1980s, girls on bicycles hitched up their skirts and showed their legs, while the first photos of scantily dressed female bodybuilding champions caused a scandal and were immediately confiscated by the police. In 1989, in Beijing, “the first exhibition in the history of China with oil paintings of nudes was put on. And that too almost led to disorder and insurrection, for there were so many people who wanted to see paintings of nude women, with people queuing up for miles every day in front of the modern art gallery.”(1)
Today nudity has become an integral part of Far Eastern aesthetics, and some consider it as a form of rebellion against a country which is in search of its own modernity. In contemporary China it has become fashionable for young wedded couples to be photographed in the nude for their own private albums, and there are naked marathons, and sham-porn material being put online and, of course, the first plastic surgery operations in which the female model is virtually a Barbie doll.
Art first approached these themes long before the rest of society. The first artists to emerge in Deng Xiaoping’s China used the body for reasons that were more utilitarian than aesthetic: since they had no money to spend on equipment, they used the only one that cost nothing but with which, paradoxically, they would be able to express anything. Nudity in art marked its entry into the contemporary era in China when performance had already reached its critical – and, from a certain point of view, terminal – phase in the West. Compared with our culture of the body, there are a number of historical differences. In its golden age, body art appeared as the most outrageous and transgressive form of representation – against society, against power, against middle-class self-righteousness, and against all accepted and written rules.
It came at the culmination of the historic process of the dematerialisation of art: no longer painting, sculpture or object, nor even concept, like the theatre, the body presumes the consummation of an event. It needs an audience, and it needs to shock: self-mutilation (Gina Pane, Rudolph Schwartzkogler), challenging the laws of gravity (Chris Burden), resistance (Marina Abramovic and Ulay), claiming an “other” sexuality (Carole Schneeman, Valie Export) close to feminist and gay movements, and gatherings of the young (from Woodstock to Parco Lambro). Performance in the 1970s hinted at the utopia of a new and different social order when Europe – and Italy in particular – was being undermined by terrorism and political clashes, while many believed that some form of communism, even though in a somewhat watered-down form, might be a feasible (and desirable) alternative in place of a possibly imperfect democracy. By contrast, when the use of the body by Chinese artists first appeared after Tiananmen, particularly in the pioneering work of Ma Liuming with a sort of androgyne walking in the nude along the Great Wall, the symbolic act was not so much one of liberation as of the possibility of revealing oneself through photographs that would bear witness to its existence in the world. In this way, it was a symbolic gesture, breaking out of the isolation that the generations before them had been born into and had grown up in.

From the 1990s onwards, body art came back into fashion in Europe and the United States with a series of aestheticising works – these were the daughters of the crisis of values that still afflicts our society. With the age of utopian thinking over and the need for opposition gone, present-day performances in the West use the body as a symbolic sounding board for a post-capitalist society suffocating in its own opulence. It is no coincidence that nutritional disturbances and diseases – bulimia and anorexia – top the charts especially in the works of female artists. On the contrary, in those countries where fresh winds are blowing, where the economy is galloping and development is a palpable presence, the body experiences the euphoria that has become a thing of the past here in the West. It is the tool, the language, with which one can relate to others. Yang Fudong, one of the most representative artists of the new wave in China, has said: “We live in big cities, hidden in our own little corners, and someone might even be aware of our existence. But in spite of everything, we are part of the city, we are what we are, and like us there are so many others who make it what it is.”(2)

Active ever since 1985 and thus pioneers in the contemporary-art system in China, the Gao Brothers express themselves with a variety of media and an unorthodox use of language that is quite out of the ordinary. Performance, photography, painting, sculpture, land actions, and digital manipulation: in the never-ending range of their works we can retrace the modern history of their country. Their manifesto-work – the one that made them a popular wonder – is undoubtedly Miss Mao, a commemorative bust that nonchalantly combines the quintessential Chinese icon with a contamination of the “spectre” of Western Disneyfication. The use of irony, frivolity, naiveté, camp taste and sarcasm is recurrent, even though it was long stifled and oppressed by the political system, and Miss Mao emphasises the perfect fusion of two conventional systems – both of them ideological (Communism and pop) – which put East and West on a par rather than differentiating them.

The poetic art of the Gaos is highly transgressive not just in terms of its recourse to nudity, but especially in the way (through the gestures of contact, embrace and coexistence in the smallest of spaces) it smashes down the collectivist myth according to which man is worth nothing as an individual but solely as a number in the service of society. A number of their photographic series, which often provide a record of their performances, are based on the theme of the embrace. Right from its title, The Utopia of the 20 Minute Embrace imposes a different concept applied to the word “utopia”, which concerns the freedom of the individual and self-recognition as such, and not as a species. Even more symbolic is the Embrace on the Great Wall operation, which is entrusted to nude young men and women in a sort of return to a symbolic place out of time, and out of space. While Embrace is a viewed in the broadest sense, Hug! Hug! refers solely to the physical and sexual sphere, fully aware that, by requesting this finally liberated gesture, it has gone beyond the normal threshold of decency. Some of these actions have been carried out – the Gao Brothers do not refer to themselves as performers, but rather as relational artists: “it doesn’t matter if the public are present”, they say, “for we are more interested in involving people and getting them to participate. We’re interested in the event itself and its broader relationships in the social and cultural sphere”,(3) paying people to interpret the rite, in a way which closely recalls that of Santiago Sierra. However, while the Spaniard presents a sample of borderline beings called upon to procrastinate their traumatic role in society, the Chinese duo take a more positive approach. They revive values that are inalienable for individuals, through which they assert their own identity, and this also takes place in the cramped spaces in which people are called to the rituals of prayer, where they are to put up with anxiety, waiting and misery.

Like many other Chinese artists, the Gaos too pay particular attention to the nude and to the display of sexual organs, which was prohibited until recent times and which has now become a recurrent phenomenon in social customs. No less importantly, the nude makes it possible to discover the oriental path to beauty and harmony – concepts that have long been buried by an obsession with modesty. The Gao Brothers have made their most recent stylistic leap with the discovery of the digital world – manipulating landscapes, inventing original scenarios, sliding through time and space, without ever losing sight of the intrinsic necessity in their work, without ever slipping into the gimmick of invention as an end in itself. Hardly surprisingly, one of their most important and spectacular digital works is Trope of Body-All the Mountain (2005), a remix of the manifesto of contemporary Chinese art: To Add One Meter to an Anonymous Mountain, the photograph of the performance carried out in 1995 by the artists of the Beijing East Village. Which is where this extraordinary story originally started out.

3. Chen Yuxia, “We are not performance artists. An interview with the Gao Brothers”, in Gao Brothers 1985-2005, Hunan Fine arts Publishing House of China, Bejing 2005. 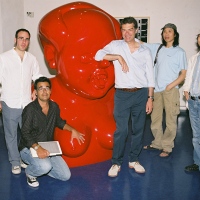 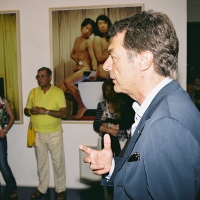 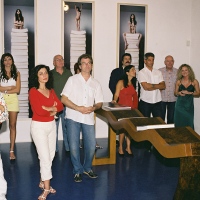 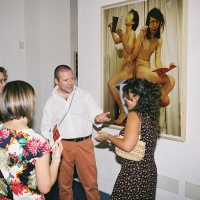 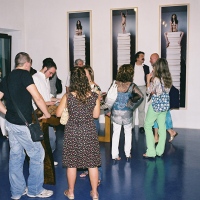 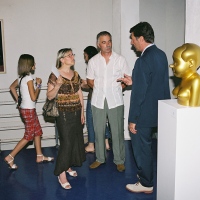