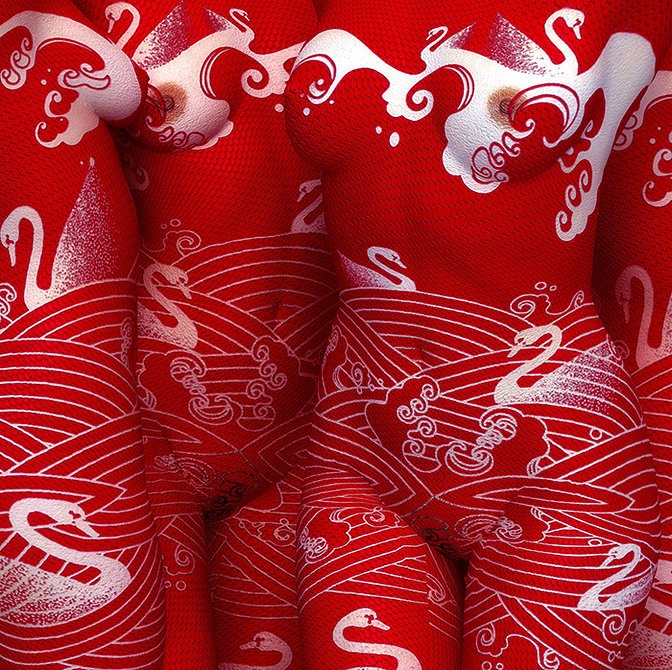 Kim Joon – Last of the Tattoo Tribe
by Beatrice Benedetti

There is nothing quite like the story of tattoos in Asia. The decorated body – with more or less realistic motifs – came about with migration between Korea and Japan. But in historical terms, the social perception of tattoos has gone in quite the opposite direction in the Land of the Rising Sun.
History books agree on dating the dawn of body markings back to the Yayou period (300 BC – AD 300). It was a common traditional custom amongst native Ainu women to display a tattoo after their wedding to testify to their new social status. Centuries after this ancient status symbol was adopted, tattoos began to be looked down upon in Japanese society under the influence of the Chinese from the seventeenth to the nineteenth century: the sophisticated intelligentsia in Peking considered the practice barbarian and a tribal legacy
The rest of the long story of tattoos in the eastern world is enmeshed in the ambiguity that still surrounds this particular moment in history. Both in the West and in Kim Joon’s Korea. And it is against this ambiguity that the Seoul-born artist seeks to fight. He intends to free body designs from the aura of “bad taste” and from what, in some cases, is even illegality. The most sensational case, which gave the death blow to tattoos in Japan, was the custom adopted by the local Yakuza mafia members, who had their faces and bodies tattooed as a sign of affiliation. Even though the same thing happens in Europe, the US and Latin America, the prohibitions and restrictions of inflexible societies in the Orient against those who flaunt a dragon on their biceps have also encroached on the cradle of body painting in the Far East: Korea. Even in a world of rapidly evolving customs, banishing prejudice is no easy task. Even today, wellness centres and spas from Tokyo to Seoul still refuse admission to people with tattoos. On the opposite front – for the phenomenon is to be found in all communities – the sense of transgression linked to drawings and words indelibly engraved on the body has never failed to fascinate, both in Asia and on our continent.
For Kim Joon, the practice also involves a mental and spiritual aspect.

Beatrice Benedetti: In your biography, you say your passion for tattoos comes from your three years of military service. What still strikes you most about that period?
Kim Joon: Because of an optical defect, I had to go for short army service instead of regular army services. In Korea, if you have tattoos over a certain percent of your body, you also have to go on short time army service. I met people who were assigned to the these army services because of tattoos. While talking with them regarding the reasons why they have tattoos, I became interested in the mental aspects of tattooing.
B.B.: From amateur tattooing for friends to photos of virtual tattooed bodies. A slow, almost unimagined development...
K.J.: No, I haven’t thought of that.
B.B.: How do you make your designs? Is it real body painting? Or is it just a graphic technique, where digital skills prevail?
K.J. My works are created by computer-generated images using 3D computer graphic programs. I use 3D models instead of photos taken from real physical bodies because the 3D models are closer to paintings. Playing with 3D graphics is always attractive because they are somewhere between photos and paintings.
B.B.: How do you deal with the copyright on the logos you use to cover your digital humanoids? Have you ever made agreements with multinational corporations like Gucci, Adidas, or BMW?
K.J.: Was the copyright issue not solved out by Andy Warhol? I don’t have any agreement for the copyright of brands.
I see the world through tattoos. I create my works out of the tattoos which were tattooed on my mind. One of tattoos is luxury brands. Would I be more popular if luxury brands accused me of using their brands?
B.B. Other contemporary artists use tattoos to express themselves. What do you have in common, or what distinguishes you, for example, from Wim Delvoye’s tattooed pigs or the tattooed bodies by Franko B., which the artist neutralises by painting over them with the blood from self-induced wounds?
K.J.: It is always interesting to see works which are related to tattoos and bodies. I think each artist tells a different message connected to his or her own tattooed mind and life.
B.B.: Is tattooing still taboo in Korea? Have you ever witnessed or been the victim of intolerance by the government?
K.J.: Because all my works are fake based on computer generated images, there was no case of intolerance from the government. In Korea, the tattoo is still a taboo even though nowadays it is becoming a form of cultural expression for the younger generations. Especially, having a tattoo is regarded as a medical treatment by the law. Therefore, you only can make tattoos if you are licensed doctor.
B.B.: To conclude, it would be interesting to know what you mean by the "mental" and spiritual aspect of tattoos.
K.J.: I think that the tattoo has the power to amplify our will through self-hypnosis.

Tattoo is a form of expression to express Kim Joon's deeply imprinted desire and obsession on his mind. More precisely to demonstrate repression towards individuals under to social convention, he started making a discourse on the relationship of body and tattoo, a cultural and legal taboo in Korea. In his early works the euphemism is made literally by reproducing tattoos on a fake flesh, and lately in more of polished manner and style; traditional motifs such as clouds, dragons and lambs as reminders of the tradition as well as luxurious brand labels mapped on human body as icons of western and materialistic cultures tattooed on his mind. In terms of methodology, Kim Joon chose some of off-beat techniques as digital printing and films utilizing 3D animation technique to explore the existence in between mixing the host and object of desire. 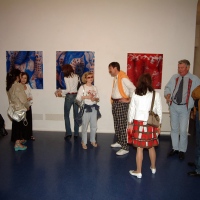 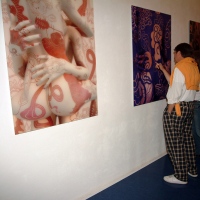 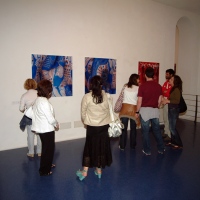 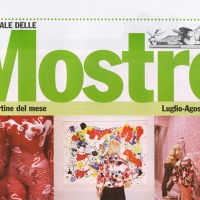 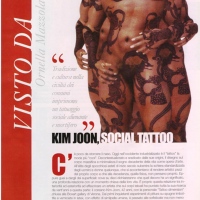 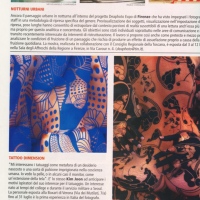 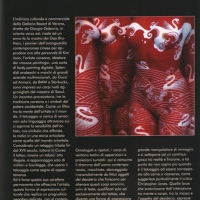