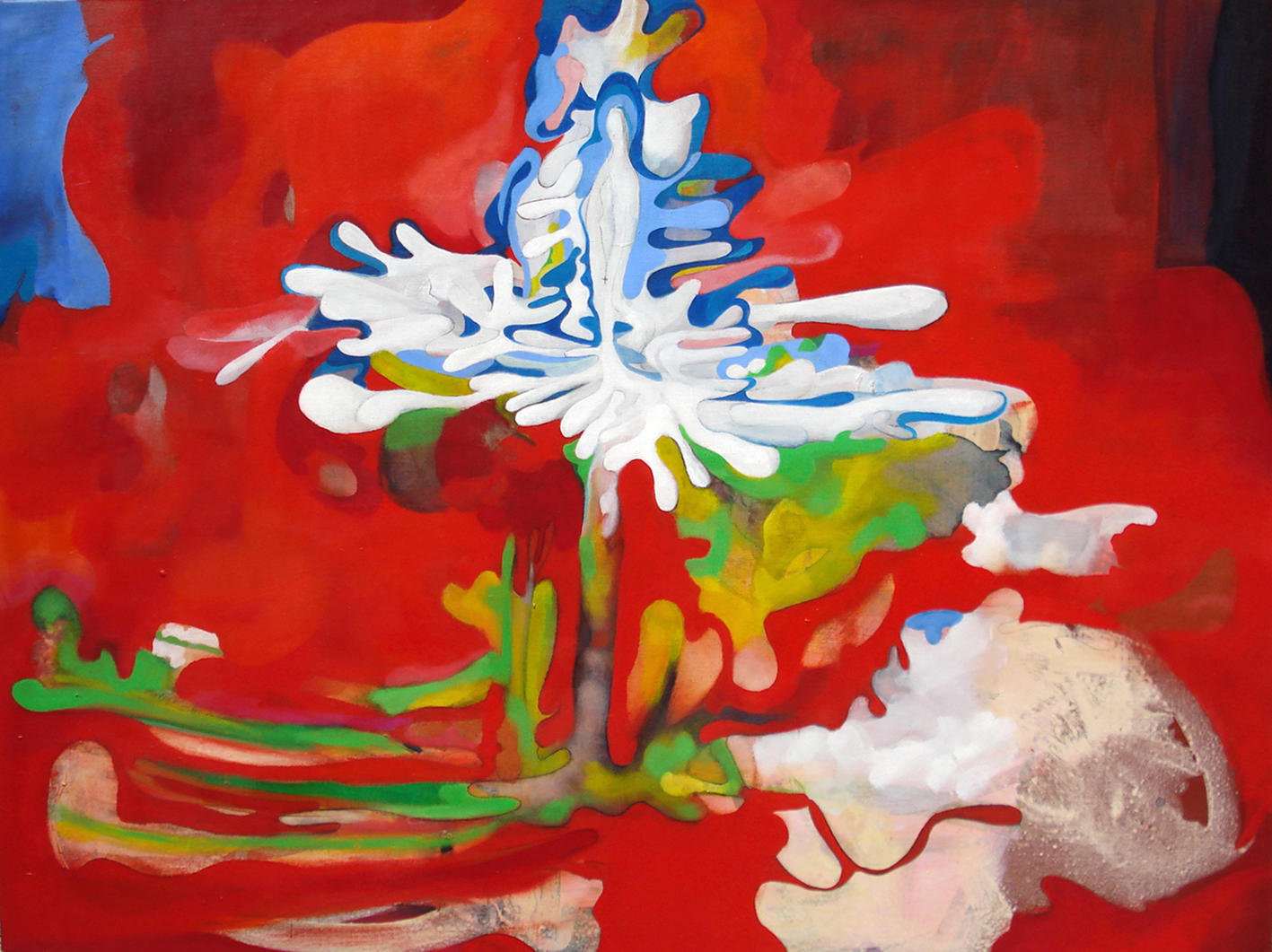 Paraphrasing Chesterton, the creator of Father Brown, Sherlock Holmes's competitor, it can be said that: "Art is where all truths congregate." After his conversion, Chesterton pointed to Catholicism as the place of all truths. Not just one, but all of them, emphasising the "et-et" (this and that), which is the exact opposite of the Protestant "aut-aut" (this or that). Art is undoubtedly a Catholic issue and responsibility, and it thus speaks all the languages of the world.

But, in particular, art is an Italian matter and responsibility, with all that this involves, including penal aspects, but in no way involving labour relations.

It is not a question of setting tasks or of re-establishing records. It is a matter of amusing destiny!

The figure of Jesus entered the everyday life of history, into its better and worser deeds, and many stated they had seen him eat, drink, preach, and perform miracles and healings, dying an innocent man on the cross, coming back to life, and ascending into heaven. They saw.

Did they really see?

John entered the empty sepulchre with Peter, "He saw and believed" (John, 20.7). A glance was enough, though Peter was perplexed because he still did not know "the scripture, that he must rise again from the dead", as John says in his Gospel.

What might the apostle have seen that made him believe instantly in the impossible resurrection of a dead man? Was it simply the empty sepulchre? Or the carefully folded cloths? The fact that the body was gone may have authorised a thousand guesses, but certainly not that of the Resurrection. Shortly before, the two disciples had met Mary Magdalene, who in her fright had said: "they have taken away my Lord: and I know not where they have laid him." Stolen, moved, destroyed - and yet John saw something and believed. In his book Dicono che è risorto, Vittorio Messori offers the interesting hypothesis of Don Antonio Persilli, who presents a different translation of some of the words in the Gospel. What it comes down to is that John saw the shroud in a strange position, as though it were still on the face of Christ, while the bands lay flat, overcome by the force of gravity. Christ disappears from the sepulchre, John enters, and he sees and believes. Later on, during the forty days, Christ showed himself to the disciples and to many of the faithful, until he was taken up into heaven in front of witnesses who "saw" him. But did they see or didn't they? Did their eyes follow the body as it rose up into heaven or, as some modern theologians suggest, did they have "an intimate, inner vision"? And then, why should Christ remain in quarantine on earth, as though he had missed one missile and was waiting for the next? He stayed in order to be seen and touched, remaining for the eyes of the disciples and the faithful. See to believe, touch to believe, but blessed are those who believe without any gentle nudging. With determination and beauty, for centuries the liturgy has helped give confidence with that vision of the early faithful and, more than anything, witnesses. And it is that vision that painters have painted over the centuries, forming the bases of art, which is Western, Catholic and apostolic, or nothing.

John the Apostle's quick glance introduces a theme that is dear to us painters: the eye exercises its conceptual dominion by exploring, looking at, focusing on, and dominating both form and object. The eye is morally void, but ritually profound: we look at everything. Words too are always a "looking at things", as Giovanni Semerano so brilliantly teaches us in his etymological journey to the roots of language. The endeavour is always to place the eye and its vision under control, and even the avant-garde movements attempted to achieve this censorship by sectioning the view, trying to free art from desire, which however spread out in its entirety in film, in the incarnated bodies of the stars. The Catholic liturgy still resists, but it is wavering under the blows of words, and of good words. Only the centre is steadfast, but the periphery has been taken over by words. Catholicism without images is like faith without prayer. Empty.

But fortunately the Madonna finally steps back into the spotlight, illuminating both herself and us, using the eyes of little girls - their eyes, which have seen, but which, more astoundingly, have been looked upon by the Madonna, taken up into heaven with her body in glory.

These eyes have seen the Madonna.

After the death and resurrection of Christ, with the help of the Holy Spirit, the Apostles performed miracles and marvels, and were imprisoned for their pains. The Sinhedrin convened to condemn them, but the wise rabbi Gamaliel declared that they should be allowed to go because: "...For if this endeavour or this activity is of human origin, it will destroy itself. But if it comes from God, you will not be able to destroy them; you may even find yourselves fighting against God." And indeed the Apostles were freed and continued their preaching. The words of Gamaliel perfectly explain the power of the apparitions at Lourdes. 150 years have gone by since 11 February 1858, but nothing has been forgotten, nothing destroyed, and indeed the pilgrims flock every day to the sanctuary and to the grotto. As Rabbi Gamaliel used to say, what comes from God multiplies, what comes from man destroys itself.

When all appears in jeopardy, the world still needs to be watched over. The Madonna no longer hears the Litany of the Blessed Virgin Mary, and needs to show herself to people's eyes to assert the primacy of the sign incarnate.

That is enough of words - we want sight.

The first person to be cured by Lourdes water was a quarry labourer called Louis Bouriette, who had become blind in his right eye after the explosion of a mine. When he found out that Bernadette had discovered a spring in the grotto, he asked his nephew to bring him some of the damp earth with which the clairvoyant had washed herself. He then placed the mud on a handkerchief, rested it on his eyes and prayed fervently. On 27 February 1858 he suddenly reacquired his eyesight, becoming the first person to receive a miracle at Lourdes. On the same day, Blaisette Soupenne-Cazenave washed her diseased eyes with water from the spring, and was healed instantly. The spring had been discovered by Bernadette, on instructions from the Madonna, during her ninth apparition, on 25 February. Initially, it was little more than mud, but already in the afternoon it was gushing forth crystal clear, and the first little bottles reached the village full of water.

The vision was captivating: "She was so beautiful, that Lady."

At a certain point, the Madonna no longer saw Bernadette's eyes. 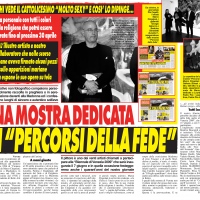 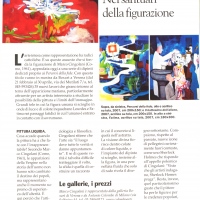